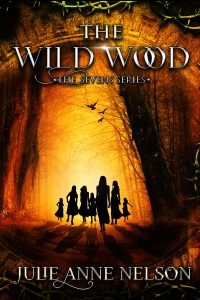 Seven girls tied together by fate. Seven powers brewing within. One last chance to save the world.

Cecily Daye and her six friends were all born on the same day under the same evil omen. Forever scorned by the superstitious villagers, Cecily and her friends know that one hint of witchcraft could get them burned at the stake. But when their seventeenth birthday nears, unexplained events wreak havoc on their peaceful town. And as strange forces stir deep inside them, Cecily and her friends fear that their pastor’s foreboding condemnation may be true.

Afraid for their lives and the safety of their families, the girls are faced with an impossible decision—wait for judgment or escape into the perilous Wild Woods armed with nothing but their friendship. Deep within the dark heart of the forest, the girls encounter a threat with the power to overrun the world. To save their lives and their families, they’ll need to embrace the dark inner forces they’ve been running from their entire lives.

The Wild Woodis the first book in a series of captivating YA fantasy novels. If you like supernatural powers, action-packed adventures, and unbreakable friendships, then you’ll love Julie Anne Nelson’s enchanted saga of sisterhood.

Buy The Wild Wood to embark on a heartfelt adventure of misfits and magic today! 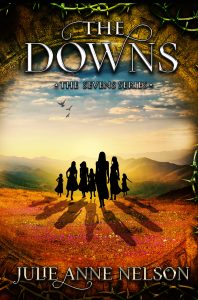 Seven cursed friends. A powerful revelation. One girl’s decision will determine the fate of their world.

Cecily Daye is no stranger to being an outsider. Though she’s always been able to count on her six friends who shared the same evil omen. But the deeper they venture into the mysterious Wild Woods, the more the power within her grows and struggles to break free. And when even she struggles to explain her erratic behavior, Cecily is horrified to see the same looks of fear on the faces of her closest friends and the man she’s grown to love.

After she learns the true nature of her destructive powers and sees the magical arms race that crops up in response, Cecily worries she won’t be able to ward off the darkness building within. When a shocking revelation comes to light, Cecily must make an impossible decision: stand her ground to protect her friends or hide herself away in the hopes of saving the world.

The Downs is the second enchanting book in the Sevens YA fantasy series. If you like magical realms, unbreakable friendships, and a touch of romance, then you’ll love Julie Anne Nelson’s charming coming-of-age story.

Buy The Downs to unlock a magical tale of sisterhood and sacrifice today! 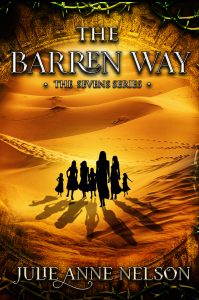 A war without end on a dying world. One outcast can save everyone, but only if she is willing to sacrifice everything. And only if she decides this world is worth saving.

Cecily Daye was driven from her home, as one of seven girls marked as evil by their town. Since then, she’s embraced extreme power and experienced extreme loss. But nothing she has encountered compares to the destruction wrought by the toxic desert spreading across the landscape.

As more lives are claimed by a dying world, Cecily must confront her past, her present, and her future to discover whether a once-outcast is willing to sacrifice her life, her love, and her dream of returning home to give others a future she will never have.

The Barren Way is the third thrilling book in the Sevens YA fantasy series. If you like supernatural powers, action-packed adventures, and unbreakable friendships, then you’ll love Julie Anne Nelson’s enchanted saga of sisterhood.

Buy The Barren Way to join the unforgettable adventure today! 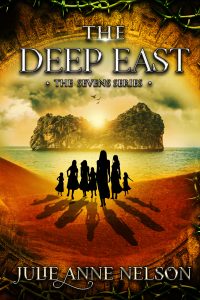 She has unlimited power, but few answers. He has answers, but no freedom. Can they find common ground to help each other, or will he complete his mission to destroy her?

To save the lives of everyone on every world, Cecily Daye left behind all she knew to take up the burden of becoming the Source. Now, with more power than she can imagine, Cecily must discover the true difference between nurturing all of creation and becoming a tyrant over all who have no choice but to bend to her will.

When mysterious events prove that Cecily is not alone among the Sources, she must seek knowledge to defend her domain against attacks. The only one with that knowledge is a man who’s been enslaved and tortured by the former Source. He has the answers she needs, but to gain them, she must place her trust in a man who has every reason to betray her, every opportunity to destroy her, and whose actions have caused the greatest treacheries of her past. But she isn’t the only one with something to gain, for she holds the key to what he desires most. Will they find a way past their fears, doubts, and need for vengeance, or will they destroy each other and lose everything?

The Deep East is the fourth thrilling book in the Sevens YA fantasy series. If you like supernatural powers, action-packed adventures, and unbreakable friendships, then you’ll love Julie Anne Nelson’s enchanted saga of sisterhood.

Buy The Deep East to join the unforgettable adventure today! 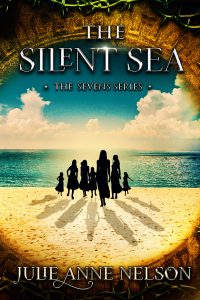 Six faceless enemies aligning against her, and only one way to learn the truth. But is she brave enough to face the reality of a war that began before time and could last for all eternity?

As war continues to shape the lives of those she left behind, Cecily struggles to endure life as a Source. Though she has learned much, Cecily still doesn’t know how the Sources came to be and what fractured their bond, what drove them into a perpetual war for control of all worlds. Cecily knows that if she can’t understand who the Sources are and why they fight, she will be powerless to protect her domain when the real assault comes. To protect her people, she is willing to risk herself in trials created to provide this education through lessons in love and violence, and all that came before.

But to know her enemies, she must know herself, and that trial may prove to be the worst of all, because after the life she’s lived and the brutality she’s seen, how will she know which lines not to cross? If she survives these lessons, will she be too damaged to continue this fight? Or will she be all too ready to embrace the next violent chapter in the lives of the Sources and, in so doing, risk losing the part of her that is still recognizable to her family?

The Silent Sea is the fifth thrilling book in the Sevens YA fantasy series. If you like supernatural powers, action-packed adventures, and unbreakable friendships, then you’ll love Julie Anne Nelson’s enchanted saga.

Buy The Silent Sea to join the unforgettable adventure today! 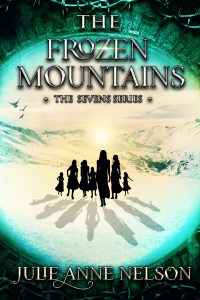 She just arrived. They have existed forever.

She knows nothing about war. They have been planning this fight for millennia.

She loves all the lives that hang in the balance. They love no one.

Will her love make her weak, or will it be the one thing strong enough to defeat the undefeatable and right what has been wrong for so long?

Since arriving in the Source, Cecily has struggled to understand what she is doing there, why the former Source fell, and what a girl from Dunlowe can do when an immortal being died from the strain of this life. Cecily has finally discovered the unseen enemies who stalked her all her life. She knows their names, their faces, their strengths, and even some of their weaknesses. But she doesn’t have a clue how to fight them, how to win a war against the most powerful beings in existence. And every direction she turns, they are ten steps ahead.

But she is not alone, and with the help of her friends, she is ready to try to turn the tables on her enemies. But will her efforts work, or is she risking her friends’ lives for no reason? Can one girl new to this life and this power defeat six enemies who have access to the same power? And is there any way that every day for the rest of her life won’t be consumed by war?

The Frozen Mountains is the sixth thrilling book in the Sevens YA fantasy series. If you like supernatural powers, action-packed adventures, and unbreakable friendships, then you’ll love Julie Anne Nelson’s enchanted saga.

Buy The Frozen Mountains to join the unforgettable adventure today! 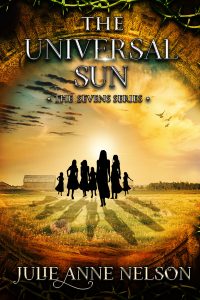 She wants the freedom to live a normal life. He wants to use his power to control her and the world she loves. Can one girl find her way home without losing everything?

Cecily Daye never sought power and control over worlds, but she didn’t run from those burdens when the lives of those she loved were in danger. Now that the massive battle on the world and amongst the Sources is near, all she dreams of is being able to go home and live a normal life. She wants love. She wants her family. She wants to not be responsible for the fates of billions of souls. But in her heart she knows that freedom may be the one thing beyond her almost-limitless power.

Before she has even the chance for a happy ending, she must face the war and the treacherous enemies who don’t care whom they hurt, who rage against all that is beautiful about humanity, and who yearn to enslave her for their dark desires.

The end is here and no amount of preparation will ever prepare Cecily to risk the lives of those she loves, including the man who already owns her heart. To reach the end, Cecily will need all of her power, all of her friends, and all of her darkness, because if she flinches and fails to do what must be done, all hope is lost and everything she’s sacrificed and fought for will be for nothing. And she will know that a world died because she wasn’t enough, a truth that will destroy her long before her enemies have the chance.

The Universal Sun is the seventh and final thrilling book in the Sevens YA fantasy series. If you like supernatural powers, action-packed adventures, and unbreakable friendships, then you’ll love Julie Anne Nelson’s enchanted saga.

Buy The Universal Sun to experience the unforgettable conclusion to the Sevens series!